The Best I Could Give 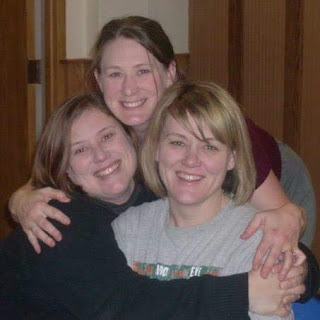 So...we are "celebrating" the first Christmas without my sister, who died of liver failure this summer.

I really can't believe the words I just typed.  I am still so stupefied.

Grief is trying to bring back order from the chaos that remains in the wake of the hurricane that was her life and death.  It is overwhelming and confusing and hard.  It is very, very hard.

While she was dying, I became oddly obsessed with her feet.  I don't know what it was about her feet.  Perhaps it was just that everyone wanted to be up by her face, and her feet were out of the way.  I could stay there and be close and not feel like I was hogging up the last moments of her.

I had this image in my mind of a lady at the feet of Jesus. (It was probably a Mary.) She was weeping. She knew His death was imminent, and she poured out her heart upon him.  She anointed his feet with her tears, wiping them with her draping, dark hair.

I knelt at Kerri's feet.  I let my tears roll.  I watched her skin absorb each one.  I let my hair down anyway.  I looked at her toes.  The chipping, yellow paint made me sad.

We had changed her attitude toward the potential of having to move into a nursing home with the promise of a pedicure.  She was supposed to go recuperate and prepare for a liver transplant.  I had put aside the horror of looking at nursing homes for my 45-year-old sister, and turned the horror into determination to make it THE BEST place possible.  She was most excited about the salon. 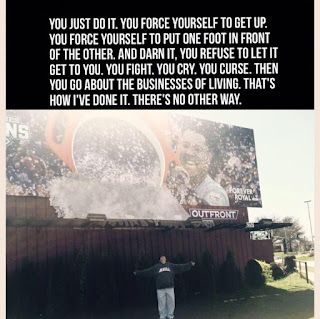 Kerri had been less and less responsive over the last few days.  What had started out as minimal became non-existent.  "Kerri, can you squeeze my fingers?" Nothing.  "Kerri, can you wiggle your toes?" Nothing.  We struggled to accept the inevitable, as we watched her body struggle to breath, and I held her feet in my hands.

I held her feet in my hands, and then, I felt her point her toe.

She pointed her toe!

I arranged one last pedicure.  My love came to me with purple polish from the gift shop, and he knelt for me...and he honored my sister...and he honored me...as he painted her toenails.  My throat tightened, but my heart swelled, and my tears fell more peacefully.

My sister loved high school.  She was pretty.  She was popular.  She was involved in everything.  Those were some of her best days.  I remember being dragged along to football games and band concerts and all kinds of places I'd rather not have gone.  It is interesting...her last moments were spent with some of those same people from the old days.

I can't imagine there has ever been a death experience anything like hers.  The room was full, and we were all talking...speaking, praying... messages of love, happy thoughts, encouragement, promises.  I was taken back to the old times, out on the football field.  As the home team was announced, the fans would form a tunnel and cheer the boys through as they ran onto the field.  I held that image in my mind, and I saw that WE were that tunnel.  Here we were, cheering and encouraging Kerri through from life into eternity.  A happy thought in the midst of our sorrow.

And that last breath.  We somehow knew, in rhythm, that this one was the last...so that we had the privilege to shout one last goodbye.  "Good-bye, sister.  Good-bye.  I love you!"

When we came to view her, I wondered...and I could not let her be buried with unanswered questions in my heart.  So, I opened the casket to look at her feet.  Had they changed her toes?  They had not.  However, we were disturbed that her feet were bare.  She would NOT have wanted her feet to be bare, and even though we knew it didn't really matter...it mattered. 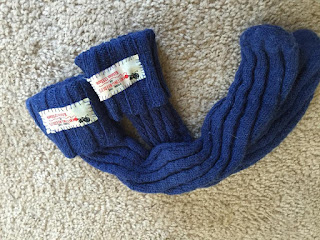 So, I gave her the best final gift I could give.  My special hand-knit socks.  I had made them FINE.  Small stitches (like zero's...) of Cascade Heritage Silk in K.C. Royal's blue (her favorite team).  They were precious...some of my best work.

Popular posts from this blog

Well, I finally fell onto the wagon.  I have fallen in love...with Harry Potter.  Honestly, after finishing the series, I don't know why it took me so long.  My darkest fears of being snatched into the sacrilegious, have been completely eradicated.  In fact, I've stumbled upon many embedded biblical themes in the magical, albeit fictional, world.

I have to admit, I'm glad I saved the series for now.  This year is the exact year that I desperately needed to escape into an amazing fictional world...to leave behind my own challenges, triumphs and heartbreak, for a bit, and enter into someone else's.

Harry's world has given me respite, and more...many new things to knit!  Here are the best (and most realistically worth my time) Harry Potter Knitting Patterns - Free I have found. 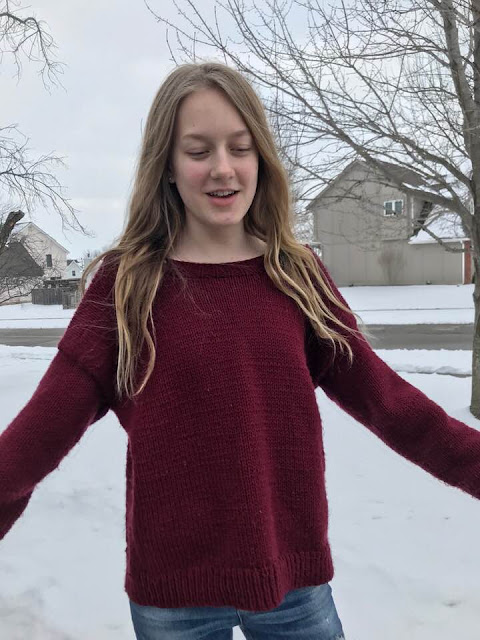 Some people like to plan carefully and get things right the first time.  I am impatient, and I just want to knit.  So, when my daughter asked me for a sweater.  I just dove right in.

Here's the thing.  I don't really know how the yarn will fall until I try things out.  And I am 20 years in on this whole knitting thing.  I long ago realized I am WAY more into the process than the product.  So, I don't mind ripping out and starting over until I get it right.

I mean...immediate frustration upon realizing I've knit for about 8 hours and it's not going to work is imminent.  But then, I just shake it off and remind myself, "Well, that just means more knitting for me!" And, oh.  That's a good thing.

This project started out as a request.  My 14 year old daughter wanted a sweater.  Now, I have just about had it with requests from my kids.  Because I have knit an untold number of items that were seldom used.  That is ever so frustrating.

And I've been t…
Read more 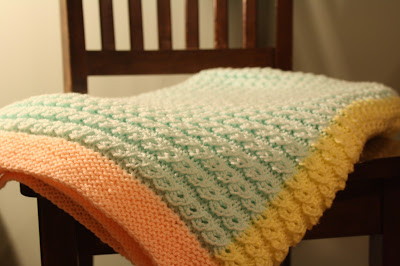 I fell in love with the scallop pattern, while making a baby hat that included it.  It has such a lovely cable appearance, and the 4 round repetition is so easy.  I don't have to pay close attention to my knitting.  I try to keep a repetitive pattern going all the time, because most often, I just want to knit and NOT THINK!  (I am a mother to 4 kids ranging 15 to 3!  Sometimes I just need quiet, uninterrupted rhythm for goodness sakes!)

The baby blanket is the perfect solution.  The first one I made for my son (which was blue and did not include a border).  I loved the scallop in blanket form so much, I decided to make it a pattern.  I chose to make the pattern blanket larger than my son's - it is about twice as big and can grow into a lap blanket or a spread for a toddler bed.

I am so happy with the end result, I plan to keep this project on repeat for awhile.  I don't even have to know who I am knitting the blanket…
Read more

Kristen Shanna - And Everything Else

Kristen
"I count all things to be loss in view of the surpassing value of knowing Christ Jesus my Lord." (Philipppians 3:8) "...the life which I now live in the flesh I live by faith in the Son of God, who loved me and gave Himself up for me." (Galatians 2:20)